Zaco Sonne Futtrup of Copenhagen Zoo takes a nasal swab from a tiger. Also notice the plastic funnel attached to the inside of the enclosure used to target the head into position for better access to the nose. This also allows the keeper to work solo with two hands free to operate the swab and reinforcers. 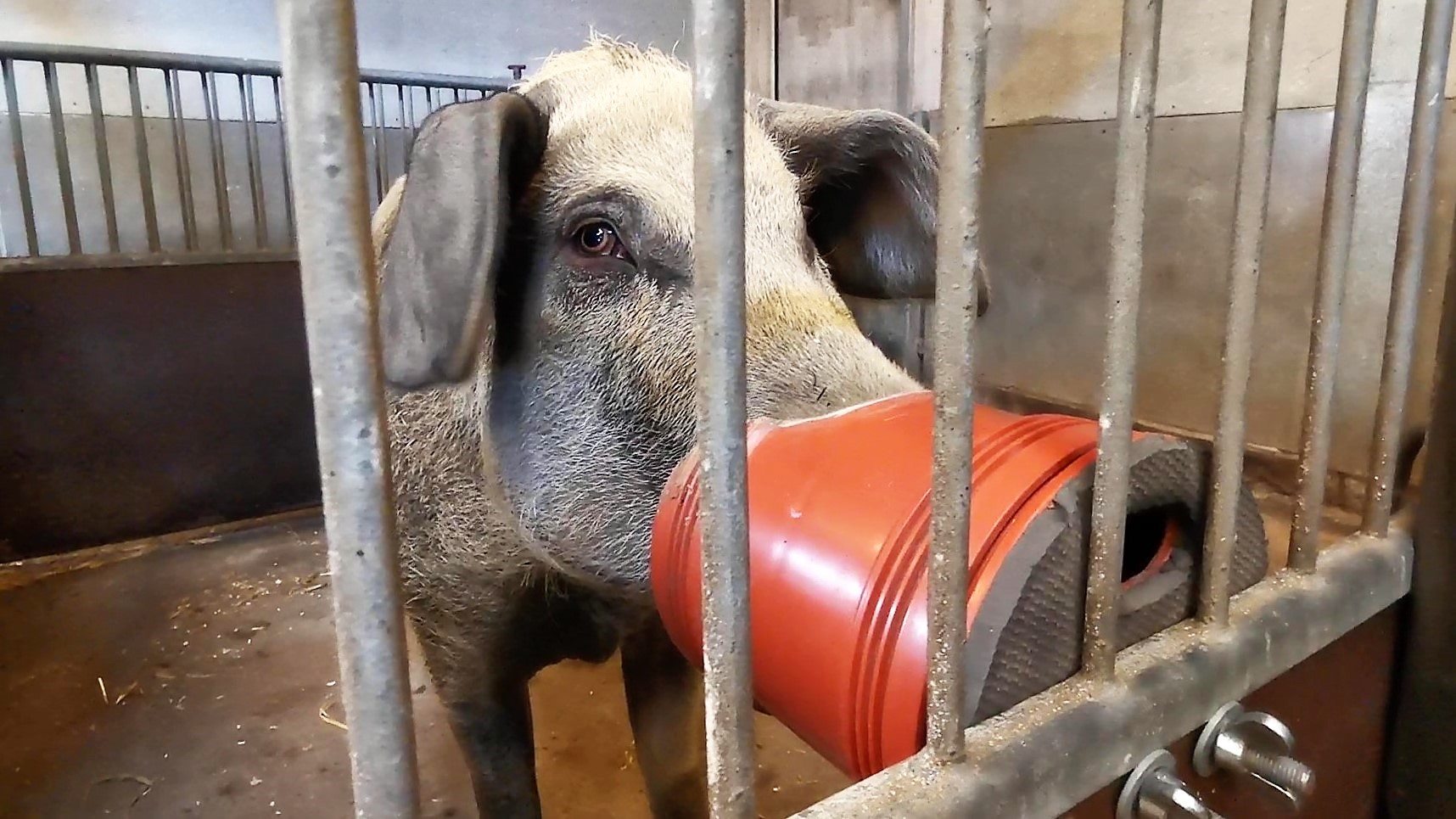 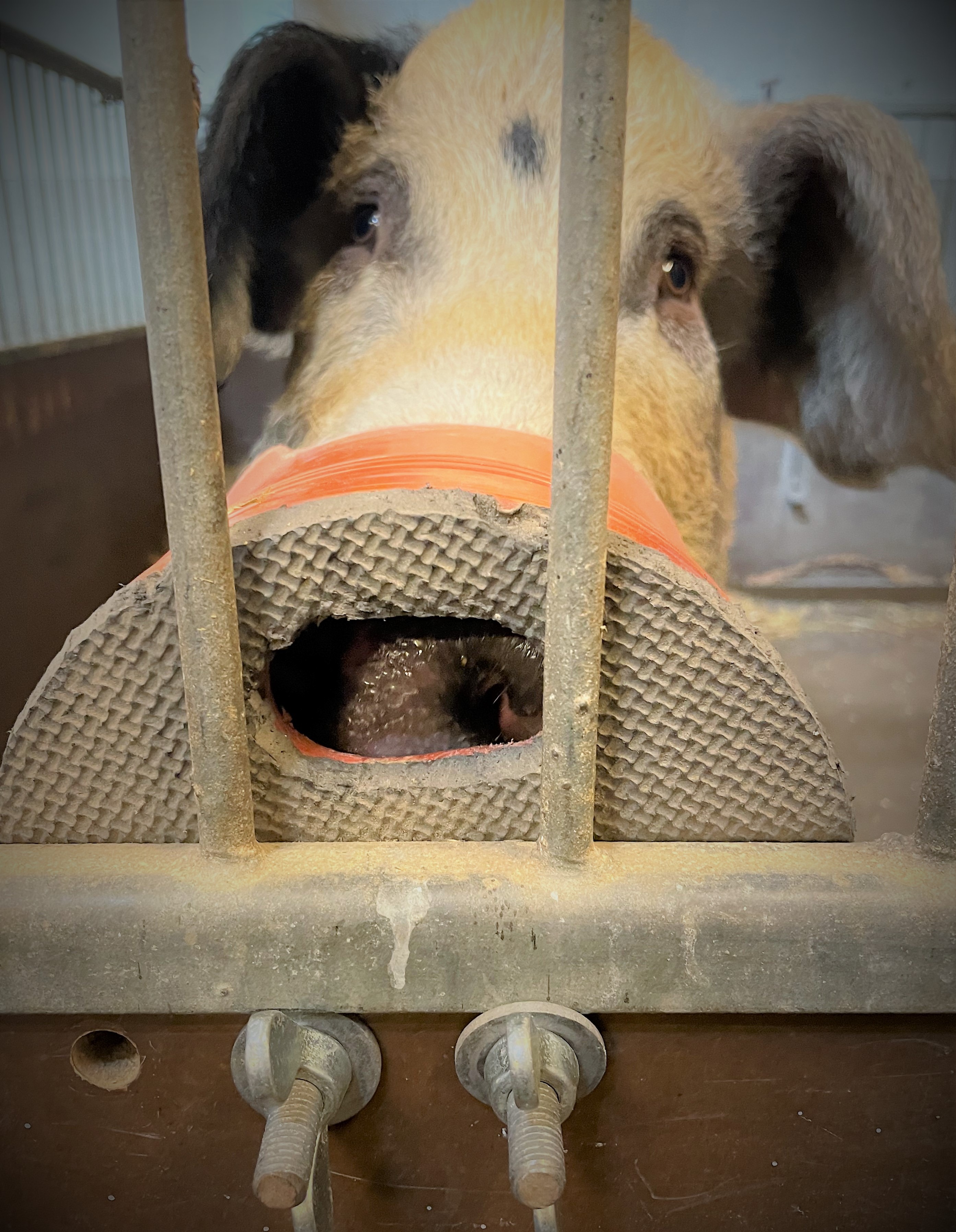 Here is another example of a set up for getting access to the nose for intranasal swabs. The authors think this set up could have excellent application for any species with long snouts and nasal passages at the end of the snout such as giraffes, cervids, various hoof stock and some bear species. This is a pipe with a rubber cushion and custom drilled holes. See it in action on this podcast page.

The recommendation for collecting a nasal swab is to insert the swab quite far into the nasal cavity. (See Testing the Sample for more information) This can require some approximations to achieve this goal. In the examples shared for this course no anesthetic has been required. However you will see in the next lesson some information about training for an intranasal anesthetic if it appears this may be necessary.

After you have trained for position you will want to introduce the swab in such a way that it does not evoke fear responses. You may want to start by touching the nose with a finger and then pairing touching the nose with a finger and a swab paired alongside the finger. And then gradually transition to the swab. This will all depend on how sensitive the animal is to the presence of the swab. For all the animals trained in these examples there was little reaction to a swab.

Colleen Reed from the Oregon Zoo demonstrates the process of getting position and introducing the swab to the nasal cavity of two chimpanzees.

Scott Jackson's shaping plan includes getting position, duration, movement of the swab, and increasing the distance the swab is inserted into the nasal cavity of Bob the orangutan at the Oregon Zoo.

Gentle touches inside the nasal cavity may trigger reactions such as sneezing. This was seen in the giant panda. Avoid using objects that may have loose edges that may cause irritation causing a swab to be perceived as an aversive. Training for a throat swab became the better option for the giant panda due to his sensitive nose.

Once inserted, the goal is to eventually gently guide the swab into the nasal cavity until it is met with slight resistance. The entire procedure should only take a few seconds. The procedure should not be painful to the animal.

You may need to pair desired items such as food with insertion of the swab in the initial stages of training or if there is a pressing need to collect samples.

Remember to avoid introducing anything into the nasal cavity that is not sterile.

downloads for this course