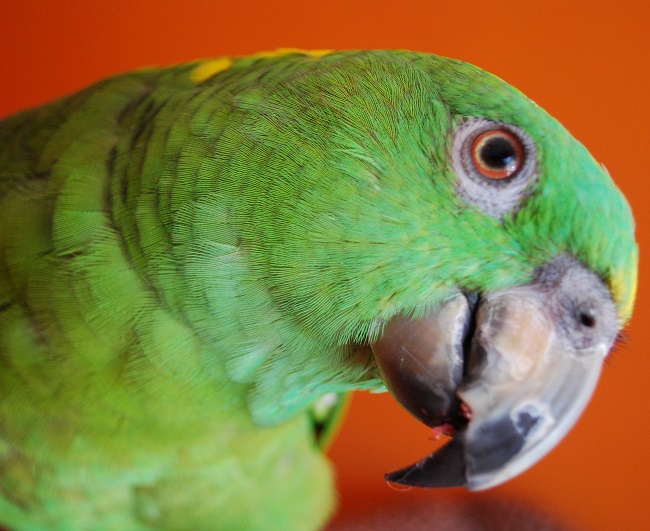 This behavior problem is a common one that is often easily overlooked because of protected contact. Many animals present aggressive behavior around their food bowls. When we have protective barriers and the animal presents aggressive behavior we tend to forget there is still a problem there, perhaps because we can avoid getting injured. I also remember doing a consultation one time that involved a porcupine who also presented behavior that was so intensely aggressive that it was quite dangerous when anyone attempted to touch a food bowl, even an empty one.

In the past we have often advised to train an incompatible behavior, such as stationing to allow people to engage with the bowls. But keep in mind, this is just superimposition of one behavior (stationing) on top of another behavior (the aggressive behavior.) And stationing does not serve the same function. In other words we have not really addressed the class of behaviors that have been maintained by a powerful history negative reinforcement (lunging, biting, etc)

Another part of the process is still to do our best to avoid triggering aggressive behavior as much as possible so the animal has the opportunity to present the desired response so that we can reinforce what we would like to see.

Now if we add positive reinforcement for desired behavior such as stationing AND we have negative reinforcement for calm behavior, WOWZA we have really set our animal up for success. And if our animal ever leaves the station, it is not a problem. We don't have to frantically cue the animal back to the station. We still have a strategy that addresses the situation. We can still remove the aversive for calm responses. We are also not creating undesired sequences of the animal coming over to the bowl and presenting aggressive behavior and then stationing followed by reinforcement. Now we have a win-win situation.

Learn more about the topics discussed in this Quick Win in these Courses:

The Constructional Approach to Addressing Extreme Fear and Aggressive Behavior

You Be the Behavior Consultant: Using Positive and Negative Reinforcement Together

Less Stress with More Flex- What are you missing in your toolkit?

Click Here to Discuss this Topic in the Forum