GOATS is going through a change! Instead of a summit it is now a series! It is still catered towards professionals and aspiring professionals who work with exotic animals in managed care. This series is primarily focused on providing participants with information designed to enhance practical application skills and knowledge. There is also a special emphasis on providing evidence based information. Presenters have been carefully chosen for their quality content and engaging presentation skills. This series also features live training demonstrations from around the world.  Participants also have the opportunity to partake in a Mastermind Sessions in which we discuss a hot topics in the animal training field.

Our registration has been revised so that participants can register for individual presentations. However members of www.AnimalTrainingFundamentals.com can attend GOATS as part of their membership benefits! This is a significant savings. Members also receive verifiable badges automatically for attending the live presentation. Members can also watch the recording later. Those of you who have already registered will get access to the presentations that were originally scheduled for 2021 and have been re-scheduled for 2022 or if you are a member we will refund your purchase.

"GOATS is AMAZING!:-). I learn so much from the generous experts that you bring together. Thank you!!:-)

"This first session was outstanding. Definitely same high standard and superior content, like in the first GOATS!"

"This is the inspiration I needed today!"

"Wow that was FANASTIC??? So many inspirational ideas!"

"That was great!!! So many great ideas and examples!"

"Thank you so so much! I loved these ideas. I was blown away by the ingenuity, wow wow wow!"

When is the Next GOATS?

Training Birds of Prey without Equipment 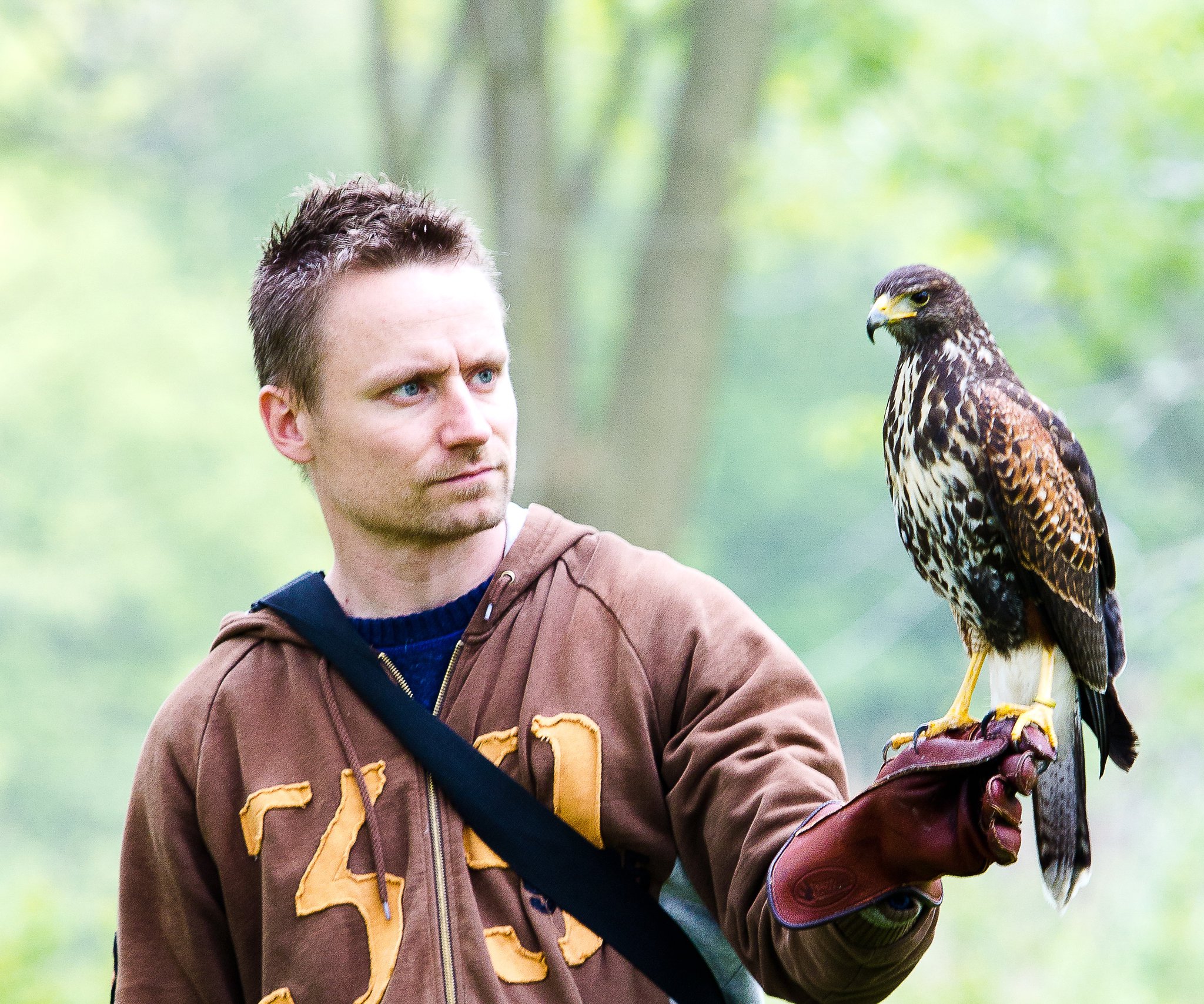 Thomas Andersen started working professionally with animals in 2001 and he has a zookeeper education from Denmark. During his career, he has worked as a zookeeper, animal trainer and manager in various zoos in both Denmark and the US. He has experience with a wide variety of taxa such as elephants, great apes, small mammals, hoof stock, reptiles and birds. He has acted as a consultant for animal and bird training and has hosted workshops to help institutions prioritize animal welfare as they build their animal programs. He has a particular passion for bird training, so 16 years ago he decided to explore the concept of training birds of prey without traditional falconry equipment such as leashes and jesses. At the time, this concept was relatively untested in the bird show training community and there was a degree of skepticism surrounding it. He proved the skeptics wrong when he demonstrated that it could be done, and he wrote a paper on the subject called “Why are we still using equipment on birds of prey?”. He presented the paper at the 2009 ABMA conference, where it was credited with an award and eventually published in Wellspring.

In 2015 he left the animal field to take an education as a master carpenter and this summer he will go back to school to become a structural engineer. His passion for animals and their welfare is still intact however, and he is still asked to speak and share his experiences around training birds of prey without equipment.

This presentation will cover just that, including topics ranging from transitioning a bird from equipment-based training to training a brand-new bird without equipment as well as the positive implications this strategy has on the welfare of the birds and the impact it has regarding the message we send to the public. His hope is that this presentation will inspire trainers and institutions to evolve their practices and move towards a concept that relies on positive reinforcement and increases animal welfare.

HERE IS YOUR OFFICIAL COUNTDOWN TO GOATS

When is the Next GOATS?

Degrees of Freedom - A New Lens to Examine Animal Welfare

by Sean Will, MS and Maasa Nishimuta, MS of CAAWT.com

In the animal training community, the concept of choice and control has been talked about often in recent years. This is a great movement toward designing a desirable learning experience for animals and improving animal welfare and quality of life. However, what does it mean to have choice and control?

This presentation will introduce degrees of freedom/coercion (Fernandes & Dittrich, 2018; Goldiamond, 1974/2002) to provide a framework to explore the concepts of choice and control. This analysis incorporates a nonlinear contingency analysis that allows us to better analyze the animals' experiences and arrange the environment and our training to improve their welfare.

HERE IS YOUR OFFICIAL COUNTDOWN TO GOATS

Each presentation will be conducted over Zoom.  You will also have the option to ask questions of the presenters after each session as well as ask questions from our trainers providing demonstrations. Some sessions also have the opportunity to win prizes from our generous sponsors. We are aiming to try to keep the schedule for Mondays at 11:00 AM Central Time  However, please note the schedule is subject to change to accommodate our panel of international presenters and live training demos.

Confirmed speakers are Gerry Creighton (Ireland), Dr. Parvene Farhoody (USA), Hillary Hankey (USA), Barbara Heidenreich (USA), Jim Mackie (UK), and Annette Pedersen (Denmark.) More coming soon! You can learn more about them by visiting this page. Training demonstrations are currently planned to be streaming live from the following facilities: Avian Behavior International and Copenhagen Zoo. More presenters and demonstrations will be announced as they are confirmed!

Our registration has been revised so that participants can register for individual presentations. However members of www.AnimalTrainingFundamentals.com can attend GOATS as part of their membership benefits! This is a significant savings. Members also receive verifiable badges automatically for attending the live presentations. Members can also watch the recordings later. Those who have already registered will get access to the presentations that were originally scheduled for 2021 and have been re-scheduled for 2022 or if you are a member we will refund your purchase.

Registration Member Live Event: Registration is Free is with your current active membership (see terms) Please visit this link and in the message box indicate the GOATS presentation you are interested in attending live and provide the following www.AnimalTrainingFundamentals.com membership information: Email address, first and last name associated with your account. You can also email whereitsat@barbarasffat.com this information.

Selected presenters have elected to include the option for participants to win a Super Prize for attending their live presentation. GOATS gifts have also been made available from sponsors for some of the presentations.

GOATS Super Prizes:  A name will be chosen from all the registrants for those who registered for the live event for this  presenter to receive a free individual lifetime membership to www.AnimalTrainingFundamentals.com valued at $399/year US. We will also give away 1 Premium Annual Membership Valued at $270 US to the www.AvianBehaviorLab.com. Winners to be announced at the end of the presentation. You do not need to be present to win. (Current members will have their memberships amended)

GOATS Gifts: Registrants will have more opportunities to win super cool prizes from our awesome sponsors (scroll to the bottom of the page to view some of our supporters). Winners to be announced at the end of the presentation. You do not need to be present to win.

We have some great sponsors supporting this educational opportunity. These sponsors were also selected because we believe in their products. Scroll to the bottom of this page to see some of our sponsors.

As an animal training consultant who prior to the pandemic traveled the world I have been fortunate to get the know some brilliant animal professionals. I have often felt that my own professional growth and development can be attributed to having the opportunity to do many things with our presenters including:  train animals, engage in deep discussions, develop projects, teach workshops, present at conferences, interview them for my podcast and learn from their presentations, to name just a few.  These are the people who raise everyone up. They may not be out there seeking the spotlight, even though they deserve it in my opinion.  I am excited to be able to bring them to you, especially during a time when travel has become a greater challenge for many.

Believe it or not I had the idea for GOATS in the "before times", that is pre-pandemic. I even had the logo and the domain name already in place. But traveling around the world for animal training consulting work made it difficult to find time to organize this event. When our world changed drastically it became clear it was really time for GOATS to go, go, go! Additionally technology made it easier to organize online events. So perhaps the idea isn't so original anymore, but that is OK, because now it is easier to accomplish. And with my online education platform in place, 2020 was the time to bring you these great presenters and excellent information.  The exotic animal training community was in need of an affordable opportunity to share expert knowledge more globally at a live event. The first GOATS was so very well received. And now it seems everyone has learned how to use Zoom, host online conferences, etc. Now that we are bombarded with opportunities to learn online, we are going to try a different approach and offer GOATS as a series instead of a summit. I hope to bring those unique voices and brilliant information to you in smaller doses on a more frequent basis. I hope you will keep learning with me from these wonderful mentors. ~  Barbara Heidenreich www.AnimalTrainingFundmantals.com

Here are the main items to know. More details can be found on the Terms and Policies Page

Refunds: Please see our Terms and Policies page for more details regarding the definition of a member and member access. Refunds will be addressed on a case by case basis for Non-Members who cannot attend live nor who will not be able to take advantage of the recording. We do retain a $5 service charge for refunds. This is because merchant servers charge a fee we do not recover for refunds. To request a refund, please email Whereitsat@Barbarasffat.com. You will need to provide the email with which you used to make the purchase.

Recording: Personal recording with your own equipment is not permitted. Please see the Terms and Policies Page for more information.

Conduct: We do have a Code of Coduct. Please see the Terms and Policies Page for more information.

Agree: By registering for this event you agree to the Terms, Policies and the Code of Conduct. Please see the Terms and Policies Page for more information.

GOATS Sponsors Provide Products and Services We Recommend. Click the Images Below to Learn More 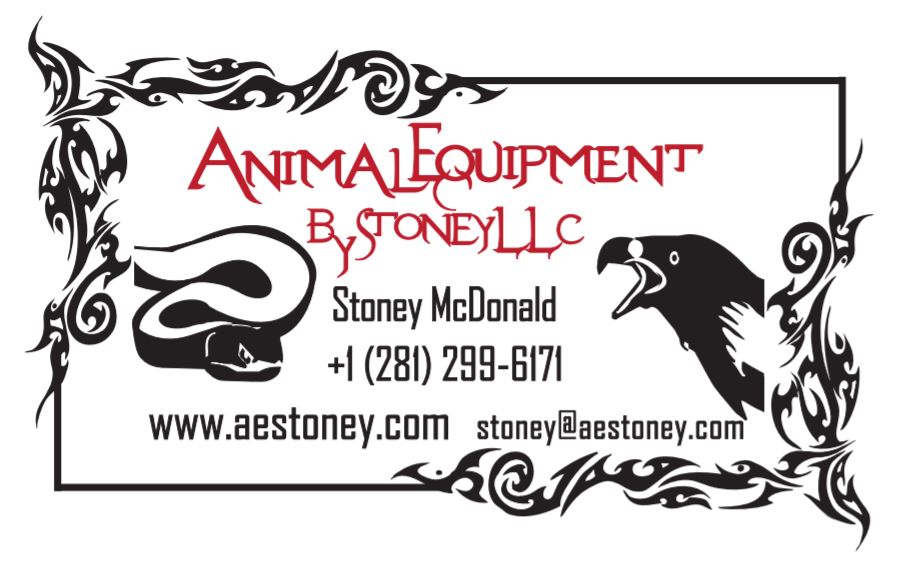